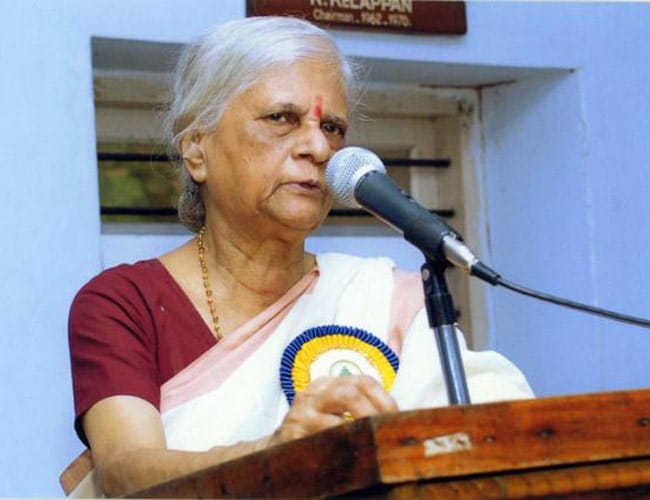 Smt.B Hridayakumari  was a  renowned Malayalam writer and educationist . An acclaimed literary critic and orator who wrote and spoke extensively on a variety of topics and issues, including literature and education. She received the Kerala Sahithya Academy Award in 1991 for her book “Kalpanikatha”,  a study on romanticism in Malayalam literature. Smt Hridayakumai  had  a long career of about 36 years as a teacher of English literature. She retired  as Principal of the Government College for Women.